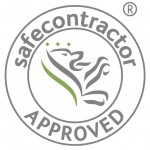 Portable toilet experts AndyLoos have taken on an apprentice accountant to join their head office team in Hartlebury, West Midlands.
The successful candidate, 18 year old Ben Hodgkins from Stourport-on-Severn, beat off competition from 16 other budding apprentices to secure the role.
“The standard of all the candidates was extremely high,” explains AndyLoos Managing Director, Adam Houchen.
“Ben stood out because of his long standing interest in having a career in accountancy and a successful work experience with a reputable accountancy practice.”
This is the first time the portable toilet experts have recruited an apprentice, taking part in the government’s official apprenticeship scheme.
Adam continues, “We decided to get involved with the government’s apprentice programme as it provided a framework for the company to nurture and train someone from the local community, providing them with not just a job, but a career.”
“We regard all our employees as part of the AndyLoos family, and our staff retention rates are very good. Continued growth within the company has resulted in needing to recruit a number of new roles at our depots in Hartlebury, Banbury and Exeter.”