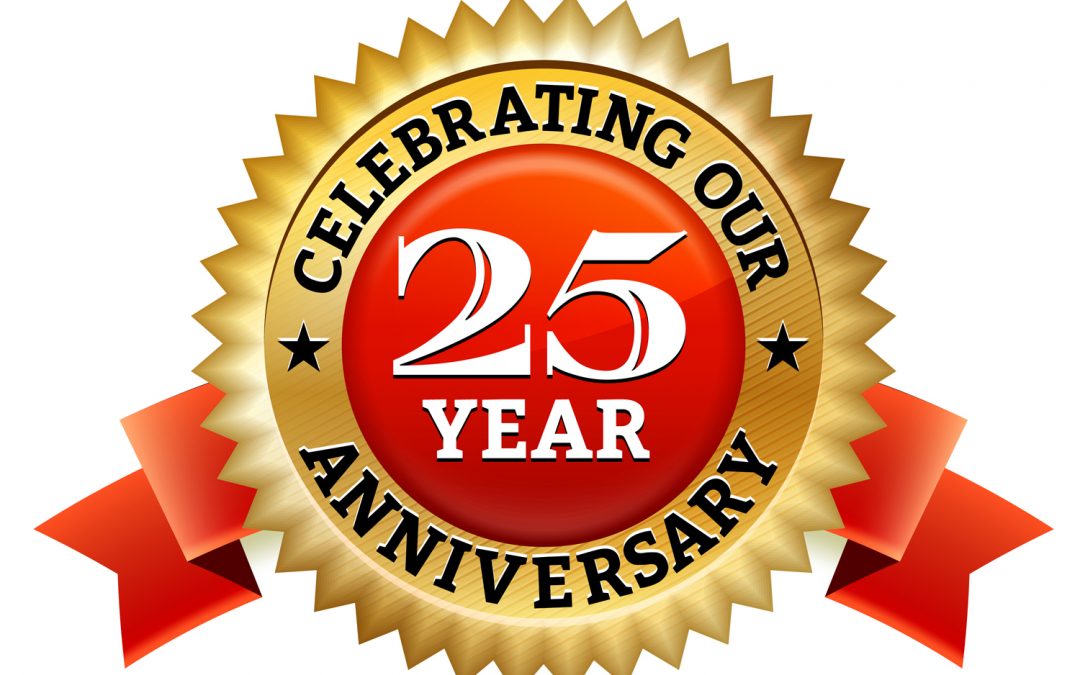 AndyLoos celebrates a sterling anniversary of its own this year – having been in the portable toilet rental business for 25 years.

Established by myself and Tony Ray in 1989 – the same year the Berlin Wall was pulled down, and the World Wide Web was officially launched – we began operating out of small premises in Tewkesbury trading with a fleet of just 25 toilets. The company’s first booking was to provide facilities for the visitors to the Exeter Air Show.

Over the next eight years the company steadily grew, increasing its fleet of standard chemical toilets, and the number of employees.

In 1997 with a burgeoning workforce and demand from around the country to supply facilities for events and for the construction sector, the company became Limited and relocated to Brickbarns Farm in Worcester. Later that same year, the company opened its South West depot in the seaside town of Newquay – providing an excellent base to service the growing number of events in the South West of England.

When the Millennium arrived, demand was peaking in the South so the company created a franchise opportunity and AndyLoos Southern was launched. It was at this time that Brian Axtell joined Tony and I in running the company. Together we realised that in order to secure the company’s future, investment and innovation was necessary to stay ahead of the growing competition – who would have thought that the portable toilet rental market would prove to be such big business.

In 2002, and after years of development, AndyLoos successfully manufactured and launched the ALVAC system, which applies the same technology used in an aeroplane toilet, one of the first portable toilet rental companies to apply this technology. Just two years later, and with the UK events industry going from strength to strength, we invested heavily and bought 50 trailer units to service some of the country’s larger sporting and musical events.

In 2007 the company moved to its current headquarters in the village of Hartlebury, near Kidderminster. The larger warehouse facility at Hartlebury offered the opportunity to expand our rapidly growing manufacturing arm. A result of which was a sale of six luxury units to ex West indies cricketer Brian Lara, this new relationship led to AndyLoos opening its first foreign franchise in Trinidad and Tobago!

In 2008 we opened a third depot in Exeter, further strengthening our capability in the South West. Later that year and having spent nearly twenty years as a director of AndyLoos, Tony Ray left the company to pursue other interests.

Over the next five years AndyLoos continued to grow despite the financial crisis with additional depots opening in Banbury, Bristol and Southampton. The company now employs 80 people around its six depots and has a fleet of 3,500 portable toilets – one of the UK’s largest fleets!

Adam Houchen joined the company in 2007 and became a Director in 2013 along with Mark Kempthorne and Tom Hyde. Mark has been with the company the longest having started our Newquay depot from scratch back in 1997. Tom has also been with the company since 2007 starting as Finance Manager and now in the role of Finance Director. Together their task is to continue to grow the business.

This summer has been the busiest we have had for a number of years. Bookings have been at their strongest level for some time, indeed in just seven days in June our delivery and installation teams travelled over 38,000 miles across the UK – that’s one and a half times around the earth!

Over the last few years we’ve been asked to install our toilets in some weird and wonderful places – including a topping out ceremony on the 25th floor of a building and on the Victoria Memorial statue outside Buckingham Palace. We have also taken our luxury units further afield to the Le Mans 24 hour race in France and to the bay of Naples in Italy for the Round the World Yacht race. Who knows what the next 25 years will hold….